Extra! Extra! May Day! May Day! 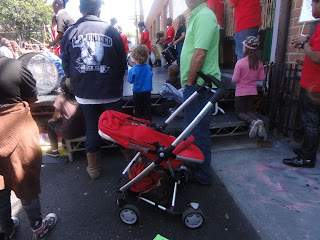 I once reported on a May Day demonstration in Mexico. Thousands of people crowded the town square, protesting working conditions. In that country, it is known as International Labor Day. In this country, May Day saw me dancing around a Maypole with a wreath of flowers in my hair. As a little girl, of course. I  still don't know why. Except I'm thinking it was probably one of those pagan flower goddess holidays that was co-opted and watered down for modern times. 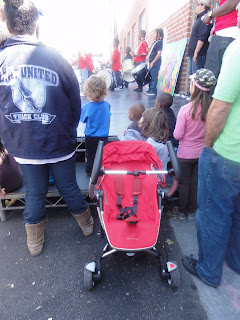 Now we seem to have random celebration or festivals, basically a good excuse to get out and enjoy the spring weather. And what better buggy to "weather" the crowds, than the new Quinny Zapp Xtra! 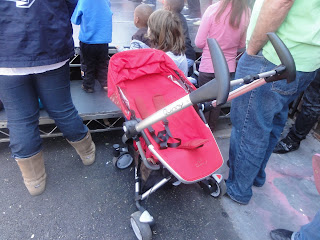 As StrollerQueen readers know,  I have long been a Zapp fan. LOVE the pinkie steering,  cool look, and small fold. 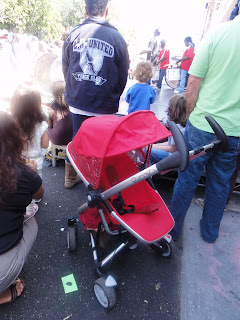 There were a couple of features that citizens of Strollerland wished the Zapp to have. Namely, a recline, and a reversible seat. Well, Quinny has waved it's magic wand and "poof", wishes granted! 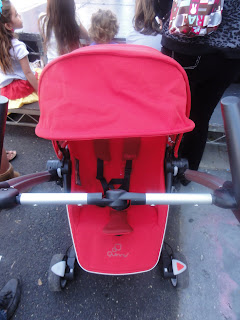 There is a huge demand for lighter weight reversibles out there. Especially since more and more people are learning that sticking car seats in strollers is not such a good idea. 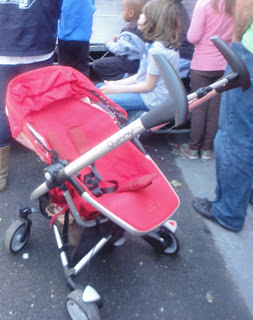 So this new Xtra helps fill that big niche. It is probably best to use it in reverse mode for a younger baby, though. Because in that position, the seat doesn't sit very upright.

The seat is very easy to recline and reverse. For both, you just pull down on the back lever. It's the same to reverse the seat, except that you also pull out a little lever on the right. Note, too, the linked brakes, and good sized basket. 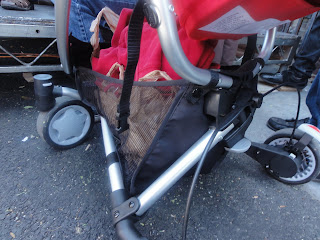 You have to pop the seat off to fold the Xtra. But it is easy to do.  And having a separate seat adds a couple of pounds to the package. Which is to be expected. 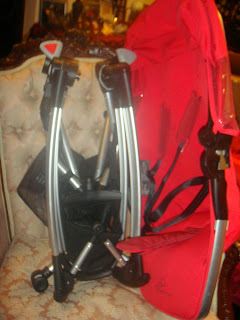 The egg shape of the seat means it's still nice and wide.  Definitely one of the bigger seats out there. 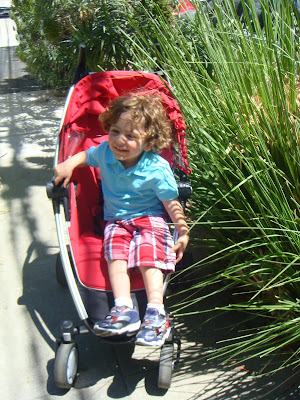 Of course, you can use the seat forward facing, too, for toddlers. 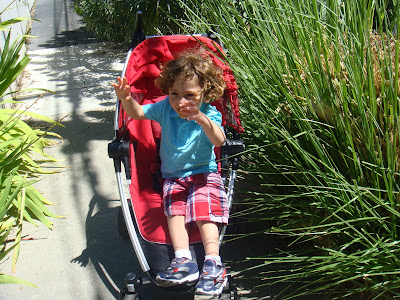 With a 50-pound weight limit, the Zapp Xtra is still very easy to push with heavier children. 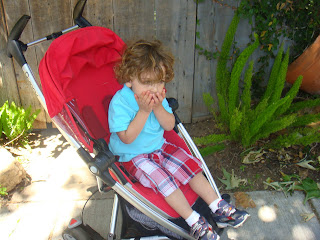 Another nice new feature on the Xtra is the extended canopy. Still has the side peekaboo windows. 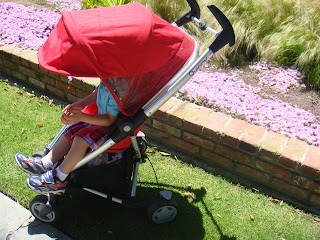 It seems like most manufacturers are offering bigger canopies for 2011. Which means those extra, giant, floppy overlays may become a thing of the past. They are useful, but it is always easier to not have to deal with additional pieces. 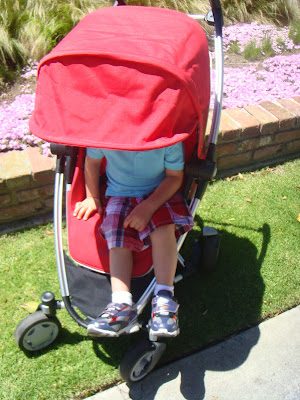 Speaking of which, the travel bag and rain cover that used to come with the Zapp is now, well, extra.  Other additional accessories are the cupholder,  and footmuff. Car seat adapters are included. 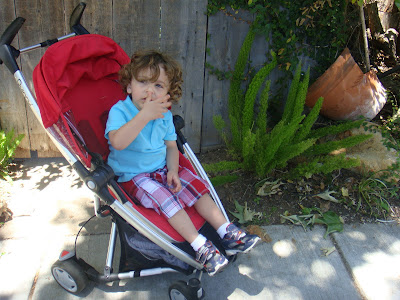 The reclining, reversible Zapp Xtra, with 4 wheels, is the only version that will be sold in the U.S. It's available now, so rush to get yours! :) 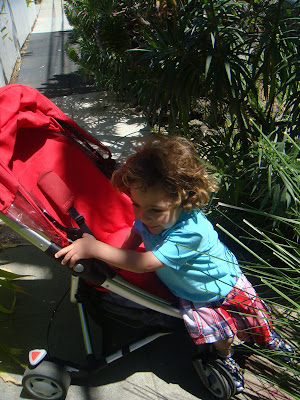 For more 2011 models, or for help choosing a stroller, go to Strollerqueen.com

Posted by Strollerqueen at 7:35 PM