They're not trained monkeys any more!

Twins HUMILIATE Her on Live TV 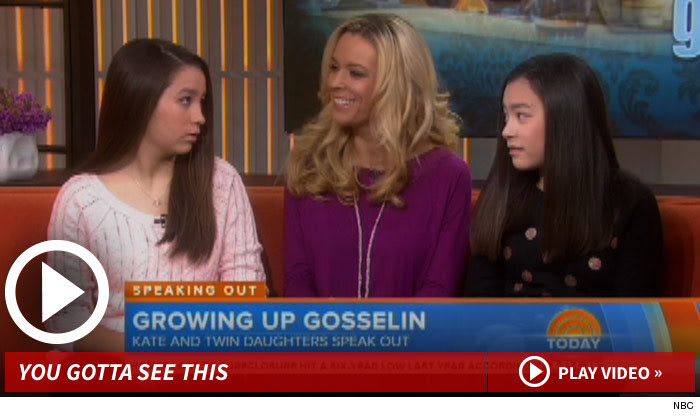 Kate Gosselin's attempt to show how great things are going for her kids blew up in her face on live TV this morning ... because the kids CLEARLY didn't follow the script.

Kate appeared on the "Today" show with her 13-year-old twins Cara and Mady ... they were SUPPOSED to talk about how their mom has raised them as normal teenage girls who haven't been damaged by being on a reality TV show.

But when the cameras went on ... the girls refused to perform in Kate's dog-and-pony show ... and Kate was clearly PISSED.

You gotta see this ... it's one of the most awkward TV moments in a long, long time.

If you need help finding the best stroller for you, click on "Consultations" up top. And to see all of the 2014 stroller models, go to StrollerQueen.Net
Posted by Strollerqueen at 1:31 PM